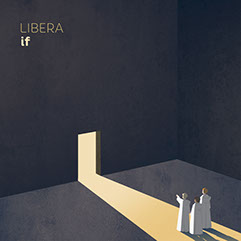 GO TO THE FULL SHOP

Libera are a phenomenon with over 100 million hits on You Tube. One of the leading worldwide exponents of the British choral tradition, the three-time Classical BRIT nominees have recorded a brand new studio album titled 'If'. The new album will be available on 15 October 2021 on CD plus digital formats through Invisible Hands Music and features 15 songs including 5 brand new compositions.

Brian Wilson of The Beach Boys - who knows a bit about vocal harmonies - said, "When I heard them sing - it actually took me to tears." This album provides a welcome respite from over a year of unrelenting bleakness; the boys who make up Libera are very happy to be back making music. This album continues Libera's mission of spreading joy and hope through the beauty and purity of their wonderful voices and arrangements.

With  shimmering,  mystical  chords  and  ecstatic  harmonies,  they  are  unlike  any  other  group  you  have  ever  heard.  The  distinctive  sound  of  Libera has  garnered fans  all  over  the world,  particularly  in  the  USA,  the  UK,  the  Philippines,  South  Korea  and  Japan.  Their  albums  top  the  mainstream  and  classical  charts  and  they  pack  concert  halls and  cathedrals,  appearing  in  their  trademark  flowing  white  robes.

The  success  and  audience  that  the  group  have  reached  is  nothing  short  of  staggering; they have performed for Popes and Presidents. Libera have graced  programmes  such  as  the  BBC's 'Last  Choir  Standing',  'Songs  Of  Praise'  and  Classic  FM. This new album is a wonderful collection of beautiful songs, old and new, delivered in the peerless Libera way. 'If' you are looking for a really special and engaging choral album, then look no further. 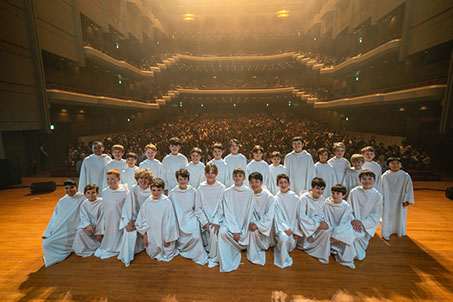